We watched "Evan Amighty" tonight. Last weekend, we started a new series called "Shoddy". What do the two have to do with each other?

Evan Almighty is a movie about a newly elected US Senator who get's called by God to build an Ark. Like many of those that are called, he is understandably skeptical. As he get's closer to completing the ark, however, he gets sold out for the task given him. If you are expecting solid doctrine, you will be disappointed. If you are looking for a feel good movie, this will not disappoint.

The sermon series, "Shoddy", is about the book of Malachi, the la 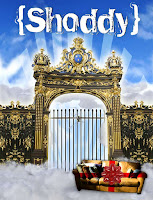 st book of the Old Testament. Malachi is sent to the people of Israel who were living shoddy lives. To God at that time, it means people who are doing all the right things but are not living the life God really has for them.

Why do I see the connection? In Evan Almight, Evan is asked to do something which is totally crazy. Ignore is duties to the country and build an Ark. As Evan settles down to the task, those around him mock him, he becomes a media freak show. You will, however, need to watch the movie to get the full story.

Throughout the Old Testament, God asks his prophets to perform actions that one person called "little dramas" to get the attention of the people around them. Unwilling to live "shoddy" lives, they do those things, many times, questioning God at the same time. What were some of those actions?
Questions that the movie (and the sermon series) are raising:

The Rockies pulled it out.

I am not a huge baseball fan although I did get to a ballgame this year when we had an afternoon group outing. It was two games before the end of the season and we got to see a win.

In fact, at this point, the Rockies have won 19 of their last 20 games (it may be 20 of the last 21 -- as I said I am not a huge fan). That includes the first two pennant games (on the road), the 3 games to get them there and the one game that got them to the post-season play (they were tied for the wild card spot).

It has also been fun seeing my friends blogging about their success. That includes optional:g, and Rob (he posted here and here) as well as Rob's wife.

What I find interesting is this article titled "Batting for Jesus" that was published today in "The Independant", a newspaper in England. It starts out...

Most sports fans are used to praying for a win but one of baseball's rags-to-riches teams have more reason than most to believe a higher power is answering.

Click here to read the whole article.
Posted by Joel at 4:54 PM No comments:

Erwin McManis on being relevant

Last week the Catalyst conference was held in Dallas, Texas. This is a conference for Christian leadership development. Erwin McManis is one of the speakers. This is a clip.