re: The Coming Evangelical Collapse

I don't know how close to reality The Christian Science Monitor's piece on "The Coming Evangelical Collapse" is.  It is thought provoking, however.
The disclaimer is that, unlike in the Old Testament law, we no longer kill the prophets who are wrong -- if we had, there would be a whole lot of missing end-times prophets.
Posted by Joel at 5:45 AM 1 comment:

Thinking in God and Empire

There is a lot of thought coming through research by Christian scholars that seem to have pretty good evidence for something termed "God and Empire".
There are many people promoting this thought, including N. T. Wright and John Dominic Crossan.  Crossan even wrote a book called "God and Empire". Recent historical and archeological research tends to back this thinking up.
What is God and Empire thinking?  It is the belief that, during the time Christ, through the time of the early church, the Romans had a greater influence on the outcome of events than we give them credit for.  Generally, the thought goes something like this...
Four hundred years before Christ, the Israel was captured and sent into exile.  This exile was not only a physical exile but also a spiritual exile.  When they returned seventy years later, they were able to rebuild the walls and the temple (Nehemiah & Ezra - these are one book in the Jewish Bible) but they were not given the control of the government back -- something which is factoring into the look forward for a Messiah.  This page gives an historical view of the prophesy in Daniel 11 which talks about these future events.
That said, according to the "God and Empire" research, a few years prior to the birth of Jesus, the Caesars had turned the government from a republic and had started a Caesar cult, forcing the worship of Caesar as God.  Fearing a general uprising from Israel, however, they were given some latitude in their belief of God.
This belief that Caesar was God, however gained strength as Rome forced their "Pax Romana" (Roman Peace) on their people.  Now (as I have said before) when you read Romans 10:9, for instance, it will take on a new meaning.
What started me thinking about this is a discussion that we had at the flyball tournament about North Korea.  One of the people had seen a documentary of life there and commented how they thought of Kim Il-sung as God.  He is the one who provides their meager living and is the center of their thoughts.
So our question should be, what is the center of our thoughts?  Who provides us with our needs?   Is it God or our own empire (in my case, the United States)?
Posted by Joel at 6:40 AM No comments:

Our dogs have their first titles 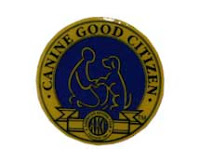 At flyball today, we decided to have Rocky tested for the Canine Good Citizen.  This is basically a "lightweight" obedience test.  Being the good and well trained dog he is, he came through with flying colors.
After thinking about it, I decided to test Keva as well.  Keep in mind that we've had him for around 3 months but just took him through an obedience course with Clearwater Dog Training in Denver.
Keva didn't do quite as well but came through with his title as well...  We now have
Rocky, CGC   and Keva, CGC
Posted by Joel at 9:15 PM No comments:

I received this from a friend today.  It is the second time I got one.  I'll comment below:

I so believe this, so I am sending on.

AFTER A DAY OF CONTEMPLATION AND SOUL SEARCHING, I HAVE DECIDED TO REACH OUT TO MY FRIENDS AND RELATIVES AND ASK YOU TO DO SOMETHING THAT HAS BEEN TROUBLING ME FOR A LONG TIME.

OUR NATION IS/HAS BEEN ON THE SLIPPERY SLOPE TO HELL FOR A LONG TIME. IF YOU LOOK AROUND YOU WILL FIND CORRUPTION, GREED, MORAL DECAY AND A STEADY MOVE AWAY FROM THE THINGS THAT MADE US GREAT. THE PRINCIPLES UPON WHICH THIS NATION WAS FOUNDED ARE NO LONGER OUR BACKBONE. HOWEVER, WE CAN REVERSE THIS TREND.

IN GOD'S WORD HE STATES,"IF MY PEOPLE WHO ARE CALLED BY MY NAME WILL HUMBLE THEMSELVES, AND PRAY AND SEEK MY
FACE, AND TURN FROM THEIR WICKED WAYS, THEN I WILL HEAR FROM HEAVEN, AND WILL FORGIVE THEIR SIN AND HEAL THEIR LAND."

I AM CONVINCED THAT WE MUST PRAY FOR OUR NATION AND ITS LEADERS AND ASK FOR FORGIVENESS. SO I ASK YOU TO JOIN ME IN THIS PLEA TO OUR LORD.

WOULD YOU PLEASE SEND THIS TO AT LEAST 25 PEOPLE IN YOUR ADDRESS BOOK, (SEND IT TO ALL OF THEM). ASK THEM TO
PRAY EVERYDAY. 25 TO THE 5TH POWER IS 9,765,625 PEOPLE. IMAGINE IF EACH PERSON REACHES TEN OTHERS.

IF YOU DO AND THEY COMPLY, WE WILL LIFT UP MILLIONS OF PRAYERS A DAY TO OUR CREATOR. HE WILL HEAR US AND IN
FAITH WILL ANSWER..

I have several issues with the text here... Lets see where to start.

So where does that leave us... Let's take a look at Romans 1, it basically says that when we choose wickedness, God abandons us to our own desires (all those immoralities listed above and more).  Why?   I believe it is to allow us to hit bottom so we have no choice but to turn to God.
Not convinced?  Newtonian physics says the same thing... The second law of thermodynamics is the law of entropy, stating that things move from order to disorder.  As you read through the Bible, you see this apply to spiritual principles quite often...
So, how should we then pray?  How should we then live?
Posted by Joel at 6:46 PM No comments:

Last weekend, I went to a Get The Word Out intensive on Worship.  This involved some front end work but most occurred during the day (8:30 - 8:30) on Saturday.
We asked and answered questions like....
If you think you have a handle on it, do some honest thinking about the middle question above.
Posted by Joel at 6:15 AM 1 comment:

There is a concept in software that is extending elsewhere called "open source".   While companies like Microsoft usually talk against open source software, companies like Sun have figured out ways to make money by making all their software open source.
What open source means is that while the developer or development group still owns and maintains the software, others are able to look at, fix or enhance the software that was written.  Depending on licensing, those changes may need to go back into the project.
Here is one of the most interesting open source projects I have seen...

According to the press release (just click on the picture), it is a car powered by Lithium-Ion batteries and an electric motor on each wheel.  The lighting is OLED (Organic Light Emitting Diode) which is driver configurable.  The developers are, however, completely opening the technology to others to help improve the vehicle.
Posted by Joel at 5:56 AM No comments:

Here is another illustration Jesus used: “The Kingdom of Heaven is like a mustard seed planted in a field.  It is the smallest of all seeds, but it becomes the largest of garden plants; it grows into a tree, and birds come and make nests in its branches.”

Again he said, "What shall we say the kingdom of God is like, or what parable shall we use to describe it? It is like a mustard seed, which is the smallest seed you plant in the ground. Yet when planted, it grows and becomes the largest of all garden plants, with such big branches that the birds of the air can perch in its shade."

Luke 13:18 reads quite similarly to Mark. So why the different phrase?  It is the audience that the different books are written to.  Matthew was writing to a primarily 1st century Jewish audience.  They would have been offended if he referred to God in a too casual way so, in tradition, there was an inference of God by saying Heaven.  Mark and Luke were writing to a primarily non-Jewish audience.  One not offended by the use of God in that context.  I don't know but they may have been confused if "Kingdom of Heaven"were used instead.
Posted by Joel at 6:37 AM No comments: