Tonight, Marj, Kyle & I got the pleasure of seeing Phil Keaggy in concert.  He is an incredible musician.  We also got to hear him hit a very wrong note.  Not only that, due to the way he layers his music using a recording device called a Jam Man, we got to hear it a second time after he pointed it out!
The high points of the concert were the dialog he had with the audience and a couple of songs he sang.  In particular, "Your love broke through" and "Salvation Army Band".  I've included a video of "Salvation Army Band" I found on YouTube.
I also found a video of "Your Love Broke Through"
Posted by Joel at 10:06 PM 1 comment:

Here are the states I've visited

They also have the world map but it looks pretty unvisited in my case.
Posted by Joel at 6:16 AM 2 comments:

For those of you who didn't get enough gymnastics, my parents emailed this 1981 comedy routine from Paul Hunt.
If that isn't enough, there are many more on YouTube including this Balance beam from 1988

And this floor exercise from the same year.
Posted by Joel at 7:02 PM 2 comments: 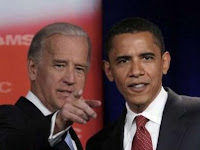 If (fill in the blank) gets elected, I'm leaving the country.

Which I find to be an interesting statement.
Today, Scot McKnight has a response to a letter he received in his "Jesus Creed" blog.  Scot is a professor at North Park College, a writer and a theologian.
A couple of points he hits in his response...

Read Scot's full response here.  Then decide who you want leading you.  A man (or woman) or God!
*** Editors note... Google is placing the images on the page, not me.  The ordering is not significant in any way.  In my editor, they were on the same level with (just for the sake of irony) McCain/Palin on the left and Obama/Biden on the right.
Posted by Joel at 5:38 AM 1 comment:

If you are looking for an interesting application for you iPhone or iPod Touch. Lifechurch.tv has just released YouVersion in beta.
Posted by Joel at 5:52 AM No comments: