Another Birthday has come and gone

What left a mark? 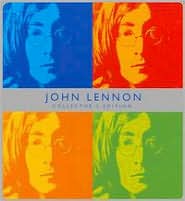 I think, what left it's mark most recently was waking up because of "partying too hard" and having to take TUMS. That Cookie Dough DQ Blizzard was good however.
Posted by Unknown at 2:26 AM 2 comments:

for all have sinned and fall short of the glory of God,

Where does this start the discussion? Genesis 3...

The LORD God made garments of skin for Adam and his wife and clothed them. And the LORD God said, "The man has now become like one of us, knowing good and evil. He must not be allowed to reach out his hand and take also from the tree of life and eat, and live forever." (Genesis 3:21-22)

What would change if the "whole gospel" were used? Although there are lots of places to start, lets try Genesis 1:27.

This can then be followed up by verses like Romans 3:23 and so on.
What about the other end of the story. If we do not read to Revelation 21-22, you get this (again from the Romans Road).

If you declare with your mouth, "Jesus is Lord," and believe in your heart that God raised him from the dead, you will be saved. (Romans 10:9)

While this is true, it speaks nothing of the return to paradise described in Revelation 21-22. If we wanted to stay with the Romans theme, look at Romans 8:20-22.

20 For the creation was subjected to frustration, not by its own choice, but by the will of the one who subjected it, in hope 21 that the creation itself will be liberated from its bondage to decay and brought into the freedom and glory of the children of God.

22 We know that the whole creation has been groaning as in the pains of childbirth right up to the present time. 23 Not only so, but we ourselves, who have the firstfruits of the Spirit, groan inwardly as we wait eagerly for our adoption, the redemption of our bodies. 24 For in this hope we were saved. But hope that is seen is no hope at all. Who hopes for what they already have?

This is a bunch of thoughts that have converged together...
A couple of years ago, I listened to a talk Scot McKnight gave on "The Whole Gospel". In this talk he expresses concern that we are not, as a church, preaching on Genesis through Revelation.
In "From Eternity to Here", Frank Viola states that most of the evangelical church today teaches from Genesis 3 to Revelation 20 and needs to look at Genesis 1 through Revelation 22.
Today, I listened to a message from Rob Bell at Mars Hill Bible Church titled The Importance of Beginning in the Beginning which talks about the same thing. He also states that if we do start at Genesis 3 rather than Genesis, our view of God changes and we start to separate the wonder of the creation from God himself.
Here is where the perfect storm starts....
Jerry Falwell stated (and apologized for saying) that the September 11 attacks on the US were God's judgement on homosexual sin in the US.
Others believed that the tsunamis in 2004 were God's judgement on the affected areas. Pat Robertson claimed the hurricanes which struck New Orleans were also God's judgement.
This week in Minneapolis, a tornado struck a Evangelical Lutheran (ELCA) church, causing minor damage. There was a claim that this is a warning from God to turn from "the approval of sin". This has caused a lot of controversy in the blogosphere. There is discussion here as well as links to some of the comments.
Why the perfect storm comment? Because this dovetails into the thoughts from Scot McKnight, Frank Viola and Rob Bell. I believe that those who declare natural disasters (large or small) to be Gods Judgement on (fill in the blank) are starting the Gospel at "The Fall", not at "Creation".
Did God use natural disasters as Judgement? In some cases, yes. One would be hard pressed to explain Sodom and Gomorrah as anything else. The difference is that there were no innocent parties involved there. That tends to hold up throughout scripture.
Posted by Unknown at 10:03 PM No comments: 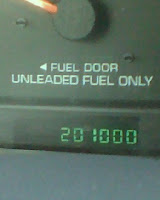 I have to brag just a little. This is a picture I took with my cell phone of the odometer of our 1998 Dodge Caravan (minivan). Yes, it's only 11 years old (that's a little over 18,000 miles per year) and has had no major transmission or engine work done yet. We are quite happy with it so far.
Posted by Unknown at 10:24 PM 1 comment:

I caught just a bit of the story on the confirmation of Justice Sotomayer as they were heading to vote. The announcer mentioned the block of opponents who thought she was too biased to be a good Supreme Court Justice.
I found this to be a bit ironic. You see, what I believe they were really saying is that her biases didn't match theirs so she didn't appear unbiased...
To truly be unbiased, you must ignore your own personal opinion and side with right, with "Justice". I don't know that any of us can be unbiased, that is a hard thing to do. I believe, however, that it is probably a Christ-like thing to be.
Posted by Unknown at 7:40 AM 1 comment: