What ever happened to Common Sense (and freedom)?

New York Senator Carl Kruger is introducing legislation that would make it a crime to listen to your iPod while crossing the street. (The next thing you know, they'll ask you to look both ways first!) Canadian comedian and filmmaker Jared Sales has rendered a few mock iPod ads in response to what he feels is an unjust imposition.

The mock ads are below...


My question is, "what ever happened to freedom and common sense"? If I read between the lines on the story above, the reason the New York state senate is considering such a bill is because someone has gotten hurt crossing the street while listening to their iPods. That (those?) someone(s?) have then lacked the common sense to look before crossing.... Now it may cost us another freedom.

This weekend was busier than most. I don't know why I think the situation will change.

With one son, one wife and my involvements, things got crazy yet again.

Last weekend, rather than relaxing and recovering from the previous week, I helped Kyle and a friend build an earthquake table for a science project at school. That evening we headed off to church followed by a play that a friends sons were in.

This weekend, we decided to replace Kyle's bed which meant heading to the store, picking out the bed, loading it up... Then I headed off to worship band practice. Sunday after church, Marj had a party for her media team which I was also attending. The weekend was topped off by a meeting at church. All though this weekend, I was trying to clean up the last bit of a project at work.

The highlights for the weekend?

Our Worship Leader Dan, is getting married this month and is down in Brazil finalizing all the paperwork to bring his future wife back for that to happen (you can read about it here). As a result, we had a guest worship leader, Megan Isaacson, come to lead. Megan is a fairly new recording artist from Colorado who, as a friend says, "Has a voice like an angel". I have been privileged to be in worship bands she has sung with twice this year (and once previous to that). If you would like to hear some of Megan's music, visit her "MySpace" page.

The Church meeting was an informational meeting on what is the vision and future at Northern Hills. Many churches with a more "traditional" structure would have called it a business meeting or a members meeting. Northern Hills called it an owners meeting. I don't want to go into specifics as it is not my place to do so. I will go into my impressions however. Most of my life at any church has been filled with members and business meetings where people go out of duty, many with their own agenda of how "church should be done". This wasn't that meeting! I have rarely seen a meeting run with such a focus on God's Kingdom, not on the church, not on business but on God's Kingdom. Sure, the church was talked about, sure, business was talked about but that was not the focus! I walked out in awe!
Posted by Unknown at 5:48 AM 1 comment:

Yesterday, I was listening to Samir Selmanovic talking about "Finding God in the Other" using Pauls discussion in Athens as a text basis.

I don't agree with some of what he said but these point's stuck out.
There were quite a few other points he made but I am still not sure I can buy into everything he talked about.
Posted by Unknown at 5:48 AM No comments:

Cabin Fever is setting in.

I'll admit that I am spoiled by typical Colorado weather.

We have had a "weather event" every week, usually around the weekend, since the week prior to Christmas. If memory serves me right, it has been snow, snow, snow/cold, snow/cold, snow, fog, snow/cold. We haven't reached our "snowiest months" of March and April!

The bad part is that the last week has been quite moderate and got my hopes up.

All I can say is that if you hear me complain about summer, slap me down!
Posted by Unknown at 5:44 AM 2 comments: 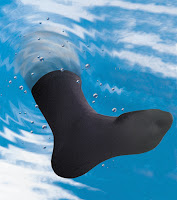 As I was sorting my socks, I realized I have a dream for my sock drawer. Maybe you could even call it a vision.

That vision is to get enough of "exactly the same" pairs of socks. Why? Because sorting them is difficult and, in the wrong light, can lead to mis-matched pairs.

Let me give you an example. My tastes in socks would look just fine in a 1960 television set. Either black or white. Black goes with pretty much anything, white goes with the rest -- ok, call the fashion police if you will.

It's a side effect

I woke up this morning thinking "It's a Side Effect". Before I explain that further let's talk about side effects.

As we hear those pharmaceutical advertisements, at the end, you will hear "Side effects include...." and a bunch of nasty things that happen.

Sometimes, however, the side effect becomes the desired thing. Let me put my techie hat on and talk amplification. The goal of audio amplification traditionally is to have a small input signal from say a guitar or microphone be amplified through the electronic circuits and come out sounding louder. Originally it was done using tube components which are very inefficient and are not very durable (they can be broken easily). Solid state transistors came along and solved those problems but there was a side effect.

Back to the discussion at hand. As someone seeking to follow Christ, we are given two commands in Matthew 22:37-40.

Jesus said, "'Love the Lord your God with all your passion and prayer and intelligence.' This is the most important, the first on any list. But there is a second to set alongside it: 'Love others as well as you love yourself.' These two commands are pegs; everything in God's Law and the Prophets hangs from them."

So, why no more? It's the side effect. If we do those two things, all the moral issues we face in the world go away. No, I don't mean that the world gets more moral. What I mean is that if we obey these two things, the whole 10 commandments thing goes away in our own lives. We also see that issues around giving to and loving others goes away.

The problem that I woke up thinking about is that too often, we are looking for the side effect to become the end product. In other words, we expect those around us to act morally, obeying those 10 commandments just because they are there, not because they are following the two above. We expect people to "act Christian" even if they are not following those two commands.

“So don’t worry about these things, saying, ‘What will we eat? What will we drink? What will we wear?’ These things dominate the thoughts of unbelievers, but your heavenly Father already knows all your needs. Seek the Kingdom of God above all else, and live righteously, and he will give you everything you need."

Let's quit looking at the side effects and considering them the end result... Seek after God first and let the rest take care of itself!
Posted by Unknown at 7:09 AM No comments: